About orders
I cannot order foreign countries in WEB.
But I accept the order in this email (info@hanga.co.jp).

I will reply you about the printprice + shippmentcost in total.
if you can approve it with an amount of money.
I send a request email from PAYPAL to you
On receipt of money confirmation, I will send prints soon.

* The price is tax exempt. Customs duty upon
receipt will be borne by you. 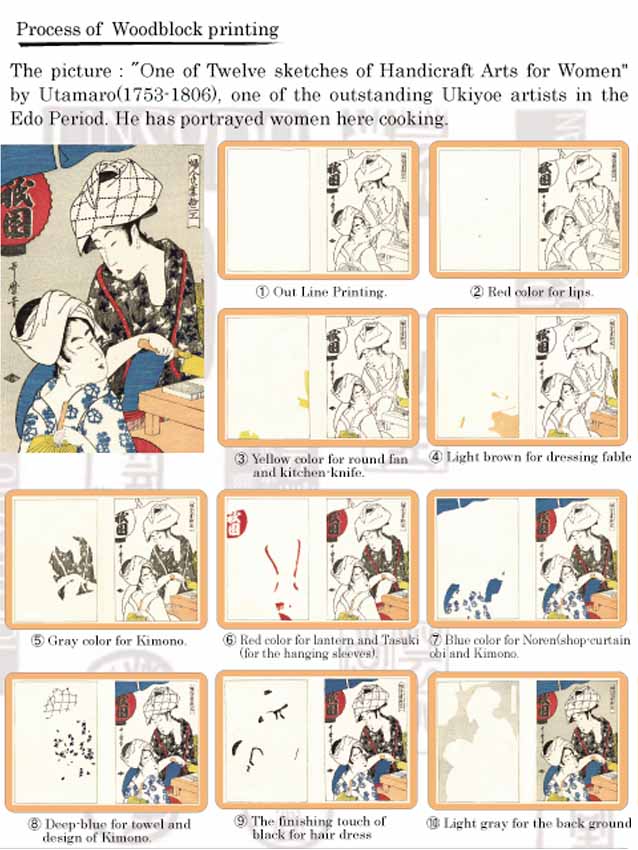 Unsodo was founded in 1891 as a publishing house with a focus on art.
Yamada Naosaburø, the founder, received vital training and experience
working at Kyoto’s venerable Bunkyüdo bookstore.
Upon declaring his independence, he opened Unsødø at its current
location, Teramachi/Nijo. In 1918, Unsodo opened a branch shop
in Tokyo.

The scholar/artist Tomioka Tessai created the shop name, believing
that since plants are vital to the production of books,placing the plant
character “so” in the center of the name would ensure the success
of Unsodo books.
Since its founding,there has been a steady stream of art related
publications, including traditional copybook “gafu”,progressive school
instruction books, “zuan” pattern books, ukiyo-e prints, photo
collections and art study works.

In addition to woodblock printed works, Unsodo has created works in
other media: lithographic, collotype,and full-color publications devoted
to the fine arts and applied arts.
Unsodo is especially noted for its continuing publication of such
masterpieces of book art as Katsushika Hokusai’s Hundred Views of
Mt. Fuji, and his Hokusai Manga, as well as such 20th century classics
as Kamisaka Sekka’s Momoyogusa.

The possession of tens of thousands of original woodblocks establishes
Unsodo as the authentic publisher of its woodblock printed books.
ven now, the look and feel of woodblock printed books is uniquely
appealing, and Unsodo publications are Japan’s most authoritative.
Despite the prevalence of modern developments in offset and digital
printing, Unsodo, together with the dedicated block carvers and printers
of Kyoto, are pleased and proud to carry on the traditional woodblock
printing of books and prints